It's My Annual Christmas Sale! 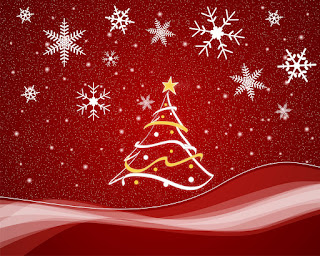 It's that time of year again! Time to renew whatever traditions your family carries, but I have noticed that most of those traditions have one of several things in common: gifts!

Now, most of you know, or at least would assume, that with my being a writer I am a big promoter of literacy, and that brings me back to the point of this blog.

I'm having a sale! Everything I've got has been marked down to make Christmas a little easier for everyone.  AND (thanks to the encouragement of my wonderful friend Konsantz) you may also pre-order copies of The Wolfchild Saga: Book 3-The Emerald Wolf, and The Misadventures of a Teenage Wizard: Attack Of The Zombie Roadkill. For your pre-orders, I will mail out a beautiful gift certificate to give your loved one so they have something tangible to hang on to until I mail out the books, both to be released in 2013.

I am also opening up a few more spots for anyone who wants to buy a place in one of my books. I have openings for seven adults and five children in The Wolfchild Saga: Book 4-The Amethyst Eye, also to be released in 2013, and space for fifteen children OR adults for The Misadventures of a Teenage Wizard: Attack of the Zombie Roadkill. They make an awesome gift! You will have your spouse, your sibling, your child, your best friend--whomever you choose--eternally memorialized in a book. You can even make it fun and say "turn my crazy brother into a nutcase." They may be good or evil characters (your choice) or just plain weird. In some cases they may even be of another race. It's a heck of a lot of fun, both for the reader and the writer (me!).

All books will be autographed and include matching posters, bookmarks, and buttons-and you just never know what else I might toss in the bag.

If you want something EXTRA special, I've got the very last five hard-cover, original copies of The Sapphire Flute, autographed and numbered, for sale. Hard cover is always more expensive, but they sure do last longer!

And very last, I have fourteen mugs with my book covers and autograph on them. Something a little extra special for hot cocoa on a cold day.

I'll post the purchase links below and please, if you are confused, have questions, or just want to say "hi!", please send me an e-mail at the address listed in the contacts section. I always love hearing from you. 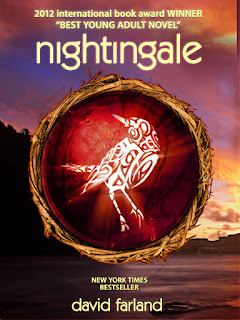 Grand Prize Winner of the Hollywood Book Festival, placed first in all genres, all categories.

Winner of the 2012 International Book Award for Best Young Adult Novel of the Year!

Finalist in the Global Ebook Awards.

Some people sing at night to drive back the darkness.  Others sing to summon it. . . .

Bron Jones was abandoned at birth. Thrown into foster care, he was rejected by one family after another, until he met Olivia, a gifted and devoted high-school teacher who recognized him for what he really was--what her people call a "nightingale."

But Bron isn't ready to learn the truth. There are secrets that have been hidden from mankind for hundreds of thousands of years, secrets that should remain hidden. Some things are too dangerous to know.  Bron's secret may be the most dangerous of all.

Those who have followed my blog over the years know my daddy died when I was only four. I was raised by a single mother who gave my younger brother and I all the love she could, because most of the time that was all she could give us. Love and time. There wasn't a lot of money to go around but somehow we managed. My mother could pinch a penny until it screamed for mercy.

You may wonder what any of this has to do with this book review of Nightingale, but it has a point, I promise.

When I was a teenager, barely nineteen years old, I got the most awesome present ever--at least it was awesome  for a poor half-orphaned girl who didn't have much.

I got money, and a lot of it. Five beautiful, brand new twenty dollar bills were found in an envelope beneath the Christmas tree and I was ready to run to the store in my pajamas to purchase things. New and wonderful shiny things, but a very specific thing. Despite my mother's admonitions to not spend it all in one place, there was only one place I wanted to go. It wasn't for new sweaters or jeans. It wasn't for jewelry or a makeover (I was a massive tom-boy). No. I wanted one thing and one thing only.

(Do you see where this is going now?)

Now think about this. It's 1989. Paperback books are anywhere from $2.99 to $3.95 for the most part. Maybe $4.50 for a really thick book. So, say I took my $100 dollars and spent it all on $4.00 books. Do you know how many books that will buy? Twenty-five books. Seriously. TWENTY-FIVE BOOKS! I was in heaven. I picked up the entire Belgariad series by David Eddings. I purchased a book called The Earthlords by Gordon R. Dickson. I got Edgar Rice Burroughs John Carter of Mars series (all 13 books)--and I got a book called On My Way to Paradise by first time author Dave Wolverton. Of course I got others as well, many of which I still have, but Dave's book really stuck with me.

Fast forward fifteen to twenty years and I went to LTUE (a writing conference for Sci-Fi and fantasy lovers.) It was the first conference I'd ever been to and I was a bit nervous. I didn't know what I was doing as a writer, just that I loved to write and wanted to learn more. I went into a panel. I couldn't tell you what the topic was now, but sitting on that panel was an author by the name of David Farland, whom I had heard of, but hadn't read yet.

I about fell out of my chair. THAT was a name I knew and loved! It turned out that David Farland writes fantasy and Dave Wolverton writes Science Fiction. They were the same person! Who knew? Evidently everyone but me!

Anyway, when I was approached about reviewing this book, I'll admit to having a bit of an elephant tromping about my belly. I was nervous! Review one of Dave's books? Really? I mean, he's DAVE WOLVERTON! How was I supposed to give an honest review on the work of one of my literary heroes?

Well, I shouldn't have been afraid. Nightingale was every bit as good as On My Way To Paradise and The Runelords books were. Actually, it was phenomenal. I love the direction he is taking e-books, in particular. The interactive book is A-MAZ-ING! The story is fantastic. The imagery is vivid. The characters believable. The world is one I want to live in myself! Add to that all the horrifying stories about foster care and adoption, learning trust when all you've known is pain, and the fragility of emotions--well, having adopted two sons through the foster system, it was painful, and honest, and hard to read, but oh, did I connect with Bron!

So, the best I can do here is say, thank you, Dave, for all the years of letting me live in your awesome worlds, for writing books that are REAL, despite the fiction label, and for encouraging a newbie from afar to never give up the dream.

What others are saying:

You can find Dave at https://www.facebook.com/david.farland1
Posted by Karen E. Hoover at 11:40 PM 9 comments: