My awesome best friend who happens to be my next door neighbor tagged me. I haven't been tagged for AGES, so though I'm a bit late in following up with this, I am finally doing so and excited to do it, despite the lateness of the hour. So, here goes!

Do you think you're hot?
Only when the temperature is over eighty, then I'm super, sweaty hot. 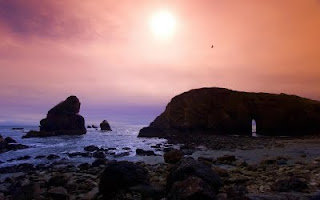 When was the last time you ate chicken meat?
Is there another kind of chicken that isn't meat? I guess there's the living, walking around, kind, but I wouldn't eat those. Too many feathers. I think I ate chicken last week. I lose track of days.


The Song(s) you listened to recently?
"I Will Show You Love" by Kendall Payne
"Still Here" by Natasha Beddingfield
"Chinese" by Lily Allen
"Address in the Stars" by Caitlyn and Will
"I Miss You" by Miley Cyrus
"Daughters" by John Mayer
"I Miss You" by Austin Kyle
What were you thinking as you were doing this?
That it's nice to have friends who are sweet enough to include me in these things. :)

Do you have nicknames?
My little brother called me Stubs or Stubby, seeing as I'm short.
My kids call me Mom.
My friends call me Kay.

Who's listed as number one?
Lara Taggart, my soul sister. Love that gal more than I can say.

Say something about number 5.
She is inspiring. She works harder at most things, including being a writer, than most people I know, and she never gives up, no matter how hard things get. I admire the heck out of her.

How did you get to know number 3?
Through Sprint Writers Central. We once stayed up until five a.m. just talking online.

Leave a message for number 6.
Hey, Paulette. I know things have been a bit tough as of late, but I know you'll make it through. You inspire me, and you are an amazing harpist! I love what you can do. :)

Leave a lovey-dovey message for number 2.
Oh, that could get bad, seeing as we shared a bed for the LDStorymaker Conference. lol All right, I'll give it a go. "Hi Jess! You are amazingly talented and I'm so grateful to call you friend. Love your guts! (and the rest of you too!)"

Do number 7 and number 8 have any similarities?
Yes. They are both published authors whom I love dearly.
Posted by Karen E. Hoover at 1:41 AM 4 comments:

Catch Up and My New Project 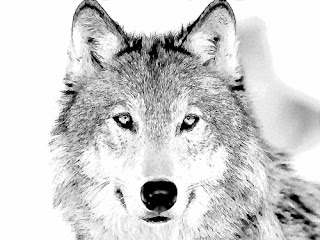 Well, it's that time of year again. Tomorrow morning I'll be heading off to the LDStorymakers conference. The last two years have been very different than the previous four or five, in that I get to present as well as attend. This is the conference that taught me how to write, particularly their Boot Camp portion. Boot Camp is very intense. It's several hours of small group sessions sitting with a published author workshopping your writing and learning how to deal with critiques. It's challenging, I won't lie, but wow is it worth it!
I am very blessed in this year, for the first time ever, I get to be one of the instructors for Boot Camp. I get to give back some of what I've learned over the years and I can hardly wait! I won't know who is in my group until I get there Thursday, but I am sure it will be awesome. Friday and Saturday are the actual conference, where I get to teach a class on How to Become an Idea Factory. My friend Ted is going to record it for me and hopefully we can take portions of that and portions of my power point and put them on my new website in the near future.
Yes, that's right, I have a new website and it is FABULOUS! It's not live yet, but will be soon enough at karenehoover.com. Check out my web designers at thedesignauthor.com. If you're looking for someone to design your website, I would highly recommend them. They do very professional and beautiful work. They are easy to work with, and affordable. Check them out, and if you decide to use their services, tell them I sent you!
Now, for those of you waiting for book two of The Wolfchild Saga, The Armor of Light, I've got some bad news. Due to circumstances beyond anyone's control, my publisher is closing its doors and will not be able to publish the rest of the series. Yes, it's disappointing and frustrating, but I'm not going to let it stop me. There is another publisher who took on the series of a friend of mine mid-series, and they are currently looking at The Armor of Light. I am keeping my fingers crossed and praying my heart out that they will finish the series for me. I've heard very, very good things about them, so keep your fingers crossed with me, will you? One way or another, I'll get the book out, I will promise you that, and hopefully you won't have to wait beyond summer.
As a result copies of The Sapphire Flute in hardback are going for pretty cheap, so get your autographed copy with the original cover while you can. They make great gifts, for old and young, and in-between.
So I'm hoping to see many of you at LDStorymakers, and if I haven't had the pleasure of making your acquaintance in the past, please come and introduce yourself and visit with me for a while. I promise I dont' bite, and you never know--you might just make a new friend.
Quote of the Day: Some of us think holding on makes us strong; but sometimes it is letting go.
- Hermann Hesse
Posted by Karen E. Hoover at 12:29 AM 6 comments: