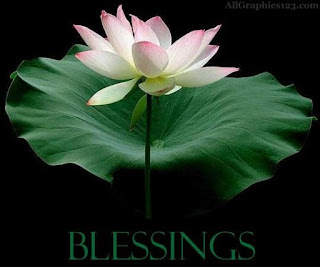 Wow. I don't remember the last time I did a real post about real things going on in my real life. It feels like years.

But things have changed.

I've spent the last two years in a torturous hell with one of my children making some very bad choices that have put him in trouble with the law and made him very difficult to live with. It sucked my energy and ability to write for a very long time, and then things got so bad I had no choice but to write or I was going to go insane or kill the kid (not literally).

That's where everything changed. And yes, I do know I just said things changed twice, but this shift in my life has been so incredibly huge that I am no longer the same person I once was. My heart, that was so focused on the misery of my life and how awful things were, now weeps at the beauty of a cherry tree blossom, and is so full of gratitude I feel as if It is oozing from me like an overflowing ice cream cone on a hot day, when you can't catch the drips fast enough and end up with a delightfully sticky hand.

It began on a Sunday. April 28th, to be exact. I woke up in excruciating pain. My back was on fire and in spasms, like it has done on many occasions, but after a back rub and 600 mg of ibuprofin, I still hurt. Not my back, but my lower right side. I thought perhaps it was just a gas pocket or something. I'm so used to pain that I frequently blow it off and don't do anything about it. But that day my husband told me that if I didn't call the doctor the next day he was going to kick my butt. In other words, he was going to nag me until I got it done.

Having experienced his pushiness with my health before (much to my benefit), I called the doctor Monday, but couldn't get in until the following day. The pain continued to increase and by Monday night I thought Gary might actually be right to push me to the doctor's office.

Tuesday I went in and within five to ten minutes, the doctor said I showed all the classic symptoms of appendicitis, though I didn't seem toxic as of yet. He sent me over to our local hospital, having called ahead, and I'd be lying if I didn't say I felt a little foolish walking into the ER and telling them my doctor told me to come in because of possible appendicitis. Silly me. I had no idea how serious this was about to be.

I spent most of Tuesday in the ER having tests run. The CT scan was particularly interesting as the tech told me sometimes it makes you feel like you wet your pants, but you didn't. It just feels that way.

He was right, and it made me laugh. I was very grateful for his warning!

It was getting close to five o'clock when the doctor came in and told me I could either let my appendix grow, get more painful and infected and possibly burst, or we could do surgery and take care of it right then. Of course I elected for immediate surgery. I'm not stupid. Foolish, sometimes, but not stupid.

I was prepped for surgery, and I remember going into the surgical room and being put on the table and everything. It was interesting, and they were very nice and comforting.

And then everything went black.

I woke up three days later.

It's taken a week to piece together all the pieces, but evidently when they sent in the camera for the surgery, they passed a huge mass on my colon. That put a big, screeching half on surgery until the doctor got my husband to the hospital so he could talk to him. Thankfully it's only about fifteen minutes from home and Gary got there fast, even bringing the kids with him.

After seeing pictures of the mass and being given his options, Gary had to make a decision, one that is never easy for a spouse to make, but I believe it was the right one. He chose for me to undergo major surgery to remove the mass, take out at least twelve to fourteen inches of my colon, have everything shifted over, and reattached.

Of course I had no knowledge of any of this until I started to wake up. I was on a constant morphine drip so was a little out of it. Okay, a lot out of it. My friend's daughter came to see me and told me later that when she asked me how I was doing I slurred, "I'm sooooooo stoned!" I didn't remember until she reminded me. I feel like I've lost a month, though I was in ICU for 4 days and regular rooms for another 4.

I've got at least a foot of staples running up the middle of my belly, plus a few down lower and two where the laparoscope initially entered, and yet I've felt hardly any pain. The nurses asked repeatedly for my pain number, and aside from a couple days in the beginning that were a 5, my pain has been between a 0.5 and a 2 throughout this ordeal.

I remember one evening when a nurse and a CNA stood on each side of my bed and wanted to inspect my staples, since I have a metal sensitivity. They wanted to be sure they weren't infected (which they weren't--just red) and they looked at the staples with something akin to awe. One of them said, "Look at that. They are perfectly straight. He (the doctor) does such beautiful work!" Then to me, she said, "You're hardly going to have a scar. You are so lucky you got Doctor Hansen!"

I agree. I am lucky. But much, much more.

I am blessed. Doctor Hansen and my husband saved my life.

The biopsy came back cancer free, but according to one of my friends who is a bit of a colon cancer expert, the turnaround time for a mass like that to go from benign to cancerous is 6-7 years. They believe it is an endometrial mass that stuck around after my hysterectomy 6 years ago. The timing there is insane.

Twice now I have dodged the cancer bullet (or cannon ball, it feels) because the man upstairs knew more than the doctors and guided their hands to eliminate possible cancers before they had a chance to invade my system.

It is one of the most humbling things I have ever experienced.

Things are still hard. My son is still being a pill and making bad choices. He goes to court this week. I'm tired. Weak. But oh so grateful for all of it. When I first saw my troubled child I hugged and hugged and hugged him--and this growing fifteen year old let me. I hugged them all. I find myself saying all the beautiful things to people I was too scared to say before. Compliments on scarves, and clothes, yes, but also just when someone looks beautiful, which EVERYONE does.

Like I said, I've changed. I'm still me, but I suddenly see the importance of family, of true friends, of every beautiful thing God has created for us. I see the beauty I was blind to before, and all I can say is thank you. Those are probably the most important words of all, and so very simple. Thank you for life. Thank you for beauty. Thank you for gifts and friends and family.